Day 266 - "Blessed are Those who have not seen and yet have Believed.” 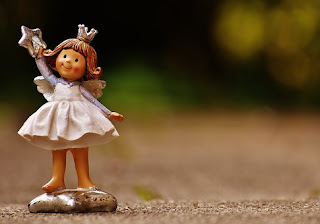 I never met Bernard Poolman, I never saw the things he could do or felt his presence next to me, I never spoke to him in the flesh, feeling his sound and having that direct experience of his words, yet I choose to be Destonian. I tried the tools and began the process of learning how to live the principles even before I had seen them in action directly in my own life,  I had only the testimony of others and my own living actions to show me if what I suspected was true, if what I was open to being possible and what resonated with me on deep levels was actionable and effective, and that common sense was in fact key despite being brought up in a world that functions in opposition to it.

When the apostle Thomas was told that Jesus had risen from the dead after three days, he could not believe, would not believe until he saw it himself, in the flesh. And only then, when Jesus appeared to him and he could touch his wounds and feel his body would he believe that it was real. And here I wonder, why was it about one man, one body, instead of being about the message itself that Thomas had learned, lived and understood for three years prior. Why did he need proof through the miracle of one man when the message itself was the answer. Why did the evidence have to come from an external source in separation of himself in order to be believed, when the message of forgiveness, of ‘doing unto others’ and ‘love thy neighbour’ need only common sense to confirm and living application to prove.

Bernard never wanted followers, worshippers or believers, he rather wanted self-honest, individuals capable of critical thought and who learn to trust themselves. He wanted us to live the message and prove ourselves to SELF. Having evidence and proof in the form of miracles or super-natural phenomena poses a bit of a problem, as it plays on our desire to worship things outside ourselves, to function based on externalized belief only, separating ourselves from any ability to be Christlike (the living word) and leaving us instead to be Christian (knowledge and information without practical application), followers, bowing down to something apparently greater than ourselves, confusing that abdication of responsibility with humility.

Desteni is not Christianity, but there are parallels in the principles of what it means and what is required to change in each man and in this world. It is not about making it to some apparent ‘heaven ‘ only after death, but to create heaven on earth, the  heaven that is Here but not yet realized - from the hell that is our current reality – to take responsibility for the creation of this reality, to understand the parts of ourselves that allowed reality to come to be this way, and to change those ugly things we see into things that are actually beneficial, within forgiveness and not judgment.

I personally am one that believed even though I had not seen. I believed because it made sense, and I continue to believe because I have proven it to myself over ten years, I believe because of cross-referenceable feedback from my environment and reality over time, and I believed before I met the portal in the flesh, observed and interacted with her over an extended period of time, because it did not matter who or what the source is or was, it is the words, the tools, the principles and the message that matters, and from here there is only confirmation, or correction, re-alignment when and as necessary, never judging  as good or bad, but rather seeing what’s here and directing it based on the principle of doing what’s Best For All in Oneness and Equality, it is a learning process, a physical application, and not a blind faith to recite or look to others to believe in.

I did not believe based on a starting point of worshipping another, placing another above myself, looking only to the deeds and abilities of someone else other than me. I believed because I knew I was capable of so much more, because I did not place any limitation on my own potential, but chose instead to push and see for myself what my potential is, only to realize that every time I thought I found my limits, I was capable of more. And in the process of being open to believing at first, and then trying and testing it out for myself in my own life, did I develop the self-trust through seeing, realizing, understanding and applying, and as I stand now, it feels as though this process is only starting, and starts again every day. The proof is in and as Self, in living application. actionable correction with follow through, in feedback, in cross-reference.... the proof is in the pudding, as they say.

I am a changed being, and continue to change as I breath by breath live my application in the physical and work with physical reality over time. My life and living is and will be the living proof and my testimony to others that the Desteni message is Here, is real, and is the most effective way to change self, and so change the world. The potential is Here to create a world that is Best for All. Will we realize that potential, or will we choose the path of  blind faith, non-action, bowing down and consequence forevermore?
Posted by Kim Doubt at 7:28 AM No comments: