Righteousness, Blame, Spite and Justification and how to See Through It 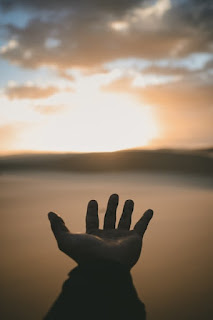 Have you ever had the experience of seeing a future potential or probable negative consequence, and pushing to change things in order to prevent it, only to have that push for change resisted and fought against? This can be a very frustrating and unbearable situation, where it is like watching a slow train wreck that you see is preventable, where after doing everything you possibly can to prevent it, you get to the point where you have to walk away and let it play out, removing yourself from the situation and hoping for the best.

This happened to me in a big way recently, where I, years ago, went through majorly ungraceful and blundering efforts to change a situation that I saw could lead down a very bad path. In the end, I ended up losing a life I had built due to the choice that I could not be a part of it anymore, and my presence there would be a statement of my acceptance and allowance, which I could not stand by.

Many years went by and no consequence came, and I was soon in the position of questioning how I see things and whether or not I was making too big of a deal about it. It had been, I would say, the most painful and difficult time in my life, and during that time, I had accumulated a lot of emotional baggage about this issue that I had been sitting with for a while.

Recently, I found out that all the consequences I had predicted had eventually played out in a big way, and a person had been brought through very unfortunate circumstances. Every now and again, over time, I would hear about the bad things happening, and I had an interesting internal experience deep within me, one that was positive, when by all accounts, I saw that I should only be supportive and caring. I brushed aside the bizarre positive experience and instead behaved in the way I saw was who and how I wanted to be. But when the most recent big blow in the person’s life occurred, I could no longer ignore this experience I was having, and decided to pull it out and examine it.

What I found within myself was the experience of righteousness, spite, blame and justification, where the words “I told you so” came up, along with the fact that I had perceived myself to have gone through hell and back and lost everything, where I took the consequence personally as if justice had been served. This pattern can be seen in humanity all over the world, for example in politics, where the population wants to see leaders hang from a noose, or one race wants to see the other race suffer because of injustices done unto them in the past. Where it then ‘feels good’ to see another suffer a fate you would never, ever want to experience for yourself.

So, the righteousness comes from me having seen, predicted and given unheeded warnings of the potential negative consequences, and then in the end having seen myself as ‘proven right’, and the spite, blame and justification came from me having felt I had suffered unfairly at the hands of another, and that they should now experience pain and upset too, so that they can learn the hard way that they should have listened to me.

In this situation, I must return to humility and bringing it back to myself, because I cannot claim to understand all the workings of life, as if it is so clean cut and planned out, even if it may seem that way. My responsibility is to myself, and to find the lesson that is in there for me, not to immediately seek and point out the lesson for the other, as that is their process to walk, and I have mine. Only once I clear myself of any reactions can I look at then supporting another through their own consequence.

We as humanity are not a species that has a proven record of the ability to learn from our mistakes, even when they are obvious and the lesson is right in font of us, we so much more often choose the ‘feel good’ way, or the path of emotional turmoil, the righteousness, the spite, the blame and the justification. Even though this is the path to further suffering and moving in the opposite direction of any kind of solution, it is still the more common path to take, and I am seeing now in my life why this is the case. I had so easily dismissed the subtle, underlying experience, and it was only by pulling it out of myself with awareness that I was able to see what I was actually in fact doing inside myself.

How we can support ourselves to end this cycle is by individually learning the tough lessons in our own lives, and forging another path on an individual level, because in the end, humanity is made of billions of individuals that are collectively living out and creating the overall outflows of what we call ‘human nature’.

How I was able to change my own way of living, reacting and seeing things is by placing myself in the shoes of the other, seeing past my own reactions and self-interest, and really looking at what it would be like to be them and to be in their place in that moment of consequence. What I saw was that it would be mostly difficult to deal with my immediate reality, and my focus would be more on day-to-day survival, healing, and researching how to support myself in my current position. To have someone come in, at this point in time, and say “see, I told you so!” from a starting point of righteousness, spite, blame and self-justification would only cause me to react more towards that person, and not so much see the lesson they are apparently trying to show me. Maybe I would see it if I were in a more healthy and stable position, but not so much from the point of being at my lowest low, where what would be more supportive would be for the person to do what they could to support me back to a place of stability first and foremost.

With this understanding, from where I stand currently, the righteousness, spite and justification melts away, and the reality of the situation becomes more clear. I can see beyond my self-interest and how to be of best support for the other. This doesn’t mean I know exactly what to say or do, but it does mean that, if and when moments present themselves, I will be there to support as I can, with a clear starting point, to not taint the interaction with my own baggage that I hadn’t dealt with yet.
Posted by Kim Doubt at 6:20 AM