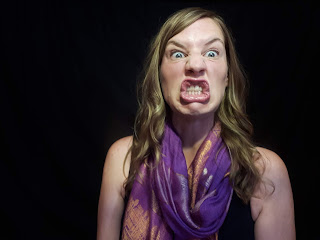 For most of my life I have existed in a competition for survival, with men and women, but mostly with other women - competing at work, over men, in social circles - and I have had enough. A world of competition and survival is NOT a world I want to leave for the children to come, but instead one where we work together as ONE humanity with the shared goals of doing What's Best for All, supporting SELF and each other, and lifting each other up instead of beating each other down.
Some layers in this programming I have noticed are:

I forgive myself that I have accepted and allowed myself to participate within and as superiority and inferiority with others in my world, specifically women and from a starting point of fear of survival, where I see women as my competition whom I must be better than in order to find a mate, secure a job and survive, instead of uniting and supporting other woman as myself, and lifting others up with me as I support myself to change.

I forgive myself that I have accepted and allowed myself to participate in competition with others, thus perpetuating a world of competition, power struggles, fighting, war, devastation and destruction, because at it's core, it all has the same programing of competition and survival, and I can no longer be a part and contribution to that, because I see/realize/understand that there is another way that can benefit everyone and not just some/the few/the winners.

I forgive myself that I have accepted and allowed myself to fear humility and equality because I have built my ego to feel greater than others from a starting point of inferiority, where I live In Fear of everything and everyone as I have spent my time building my EGO as me, instead of building mySELF, the substance of me, my actions in the physical, wherein the EGO has no ground to stand upon, and can crumble and fall with a hint of a wisp of energy, whereas a SELF that is REAL stands unwavering, unmoved, untouchable, Here, Physical, Equal, Fearless, Humble.

I forgive myself that I have accepted and allowed myself to fear humility and equality because I perceive that it takes away my ability to be better than others, and that, without that ability, I will be left to face the truth of me, that within myself I feel inferior and less-than, and that I need to fight to prove and validate to everyone outside of myself that this is not the case, instead of embracing me, the reality of me in this moment - flaws and all, and rather than continuing to fight, taking the first steps towards letting go of all ideas about myself I held/hold in high esteem, and humbly and consistently returning to nothingness to build myself again, for real, Here.

I forgive myself that I have accepted and allowed myself to want/need/desire to be able to participate in the inferiority/superiority polarity because it gives me the option to think/believe/perceive that I am better than others and therefor I will survive, and for those moments when I do gives my ego the feeling of security and distracts me from the truth of my self-belief of inferiority, instead of seeing, realizing and understanding that All are equal in this process of Life.

I forgive myself that I have accepted and allowed myself to hang on to my insecurities by participating within and as ‘superiority’ because when I do, I feel positive energy within the experience that I am better, of value and worth, and experience myself as not needing to change, instead of actually changing in such a way where I develop a living expression of self-value and self-worth in thought, word and deed, wherein I can then become the living word ‘humility’ and realize the equality that is Here, and stop participating in the competition that stems from the ‘inferiority’/’superiority’ polarity.
Posted by Kim Doubt at 5:26 PM