The Best and Worse of Self Under Extended Stress: micro-blog from Desteni Universe 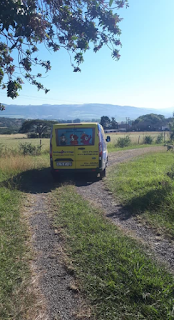 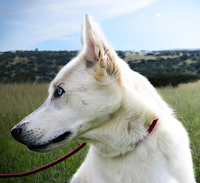 A moment in time that represents a process through which the BEST and the WORST of me came through, and a story about more than just a girl trying to bring her dog across the world:

Ghost is setting off on his 8 day journey today, from Pietermaritzburg, to Johannesburg, a quick stop in Amsterdam and then on to Panama City, where I will be waiting for him on Wednesday.

I have been working on making this trip possible since before March, and organizing this trip is and has been a feat unlike any other for me. After a failed attempt to do it alone, and then two or three unsuccessful tries with other companies, during a time where South Africa was going through some frightening instability, I finally began to make headway.

There are at least 7 or 8 companies and individuals in three time zones that had to align to get Ghost and me to Panama city at the same time, and then on to the city of David to meet up with the rest of the crew.

A change of plans or availability in one of these would mean reorganizing across all 7-8, including timing it with a live customs agent, the airline vets, lifts to and from airports, from one city to another on both sides, arranging time-off at work and shift coverage (I will be working shifts from South Africa, Brazil and then Panama all in the space of a few days!), pick ups and drops offs, arranging documentation for both sides... and on and on...

It felt like I was standing in the middle of this tornado, where I was holding all these strings and keeping either them or myself in line, preventing them/myself from becoming tangled up in each other, adjusting myself/each one as necessary, where the external factors were all independent entities and things happening that I could not fully control, and this to me, after some weeks, began to feel overwhelming.

My underlying self-experience became WORRY, NERVOUSNESS and STRESS - the three LEAST helpful or supportive states-of-mind/energies/personalities during a time when I needed me to be most clear, on the ball, organized and timely.

And then I compounded this with reacting to my own worry, nervousness, stress, judging myself for it, and it got to a point where I had to tell myself to just stop, and have a look. I could see that the emotional reactions where contributing absolutely nothing of value to my situation. I HAVE the understanding of how to work with emotions, reactions, personalities etc... why wasn't I applying it?

The reality is two-fold: first of all, I WAS applying myself, but didn't give myself any credit or appreciation because I was too focused on the things that weren't working and the worst of myself that I was seeing, that I failed to notice that at the same time, the best of me was stepping forward, getting it done DESPITE how I felt within myself. Second of all, this is a process of PERFECT PRACTICE! Not 'perfection or bust'!

We will be confronted with situations in our lives that, from time to time, push us to our limits. There is no way to be completely prepared for these moments and times. You do not sit down in front of a piano and expect yourself to play like Mozart! You fumble and fall, make mistakes and correct and try again. And that is what I did and am doing during this process.

When I slowed down, I began to notice a little self-appreciarion creeping in, and that SELF-confidence I have been working on. And what came over me was almost like a surrender, a gentle acquiescence where I realized I cannot crawl into other people's minds and make them care as much as I do about my dog, my time constraints, my costs, my priorities. I had to work WITH them, their movements and their obligations as well. And with this there was a letting-go, and at the same time, a firmer grip, on myself and onto the situation, and a calm rippled out into the other areas of my life as well.

I also realized that the Self-confidence that was supporting me is developed through consistency, naturalness and trust/self-trust, which are things that take time and events and doing over and over again until they are developed. And when this is behind me, it will be an experience I can draw from and be proud of, and to build from.

So the next time a seemingly monstrous task or time presents itself in my life, I can now know that ya, it will be tough, but FUCK ya, I CAN DO IT!
Posted by Kim Doubt at 11:44 AM